5 of the Most Hyped UFC Events of All Time 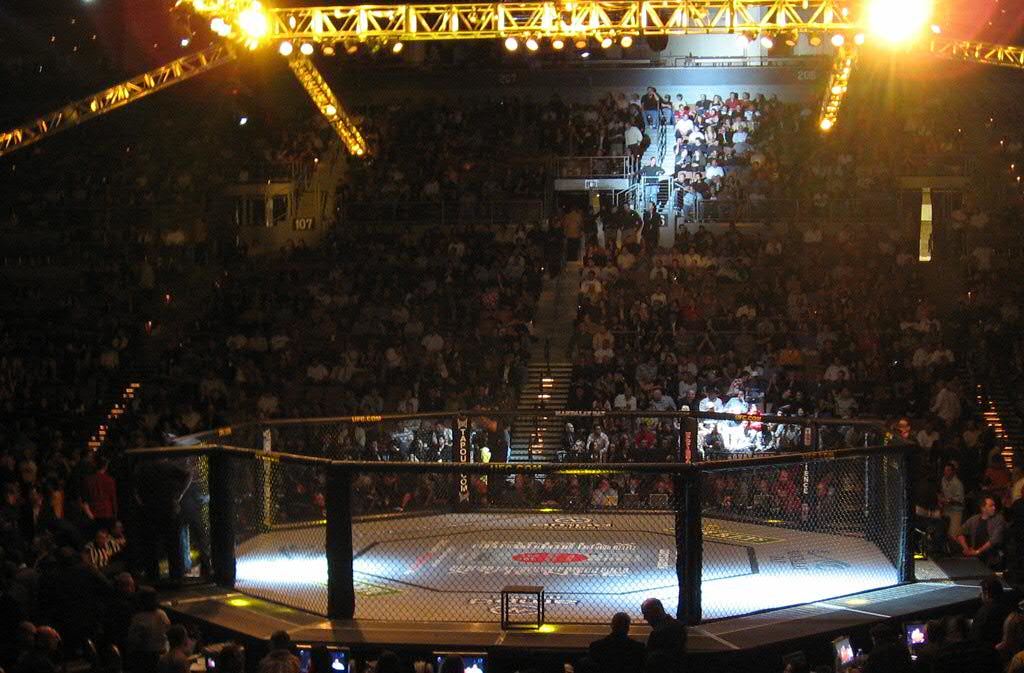 The Ultimate Fighting Championship (UFC) had a lot of big fights and events over the years. However, when it comes to hype, only a few memorable ones come to mind. The hype is something that all fans want- from banters to tweets; nothing is more exciting. However, fights with a lot of hype are far and few between as it isn’t easily achievable.

An event's hype isn’t only created in conferences, harsh tweets, and the fighters close to brawling during the weigh-in. The fight to generate hype takes many factors and circumstances to create a buzz with the fans. Also, the fighters spearhead in terms of creating the hype, not just the UFC marketing team. Creating hype is a type of promotion, and it’s essential to create more ticket sales and pay-per-view sales. Not only that, hypes allows a lot of bettors to buzz in for the odds on different websites.

If you’re looking for UFC odds, head on over to FanDuel. But whether it be confrontations, trash talks, or social media wars, the hype around a fight can skyrocket profit. Throughout the UFC history, some fights have created hypes around them and have made quite an immense fortune. That said, here are some of the most hyped fights in UFC history.

One of the greatest matchups and arguably the most hyped fight back in UFC 47 and 66 is the match between Tito Ortiz and Chuck Liddell. Ortiz and Liddell were labeled two of the best 205-pound fighters to ever step on the octagon and were training partners before. Ortiz has said multiple times that he won’t be fighting Liddell as a form of respect for former training partners, but Liddell ignored the excuses and said that Ortiz was ducking him.

The Huntington Beach Bad Boy since then ramped up his antics and provocation against Ortiz. The UFC saw this as an opportunity to hype up the match, and a lot of fans are both intrigued and excited for the match. The matchup lasted for two matches. The feud ended, and the rivalry of the both of them ended as well.

UFC 200 is one excellent example where the fight didn’t meet the expectations of the event. It was supposed to be big, with the main event rumored to be a fight between Diaz and McGregor. The fans were excited, but then it all started to die down because, as we all know, it didn’t happen. However, it was announced that the fight would instead be between Jon Jones vs. Daniel Cormier.

It was a little bit disappointing for the fans, but the rivalry was able to continue the hype train and the other events for the International Fight Week. Then disaster struck as it was discovered that Jones tested positive for a banned substance. The main was then changed to a match between Amanda Nunes and Miesha Tate. It was a downer for everyone, and UFC 200 is still gaining some buzz today because of its controversy and intrigue.

The fight was supposed to be between Conor McGregor and Rafael Dos Anjos, but the latter was injured and was replaced by Nate Diaz. The two met in the octagon back in UFC 196, and both did a good performance, but McGregor was forced to tap out. Conor then requested for a rematch. After several delays, the fight became the main card for UFC 202 in Las Vegas.

The outcome of their first fight and the banter between the fighters turned UFC 202 into one of the most hyped fights ever in UFC. However, this time, McGregor survived the onslaught of Diaz and won by majority decision.

UFC 193 was a stadium event in Australia and had a lot of fans raring to go. However, unlike the fights featured in this list, the hype was created by Ronda alone. During this time, Ronda Rousey is a mainstream star. Even though the UFC matched her with a solid undercard, Ronda Rousey alone made the buzz around the event.

Not only that, but during this event, the UFC made a unique trailer that tops the previous trailers the UFC ever made. The trailer wasn’t just thrown on YouTube or Twitter; it was featured in Ellen Degeneres’ show. However, the world was shocked when Ronda lost for the first time against Holly Holm. The shock was felt a few months after and will remain a topic of conversation the following years.

Of course, saving the best for last, UFC 100 is unlike any other match. The UFC poured everything they got for the event and had big names for the upcoming fights. It was led by Frank Mir vs. Lesnar, who were bickering rivals by that time. When the event started, the co-main event slot was decisive but was considered a draw by the judges.

Not only that, but the main card also featured a fight between Dan Henderson and Michael Bisping, which resulted in the sport’s biggest knockout ever. The show was delivered and was considered a huge example for the events to come in the UFC.

The UFC has had its fair share of the hyped fight over the years, but only a few of them delivered in all honesty. While building the hype can be relatively easy with the right exchange between the fighters and promotion by the UFC marketing team, it can set the bar high for the featured fight, and most of the time, they fail. However, seeing a UFC event with massive promotion and hype delivered is a sight to see for fans worldwide.
/